Compatible with 95% of existing radiotherapy systems, Beam Adaptation is an affordable technology that has the potential to improve the outcomes for millions of cancer patients globally.

Cancer Is a Moving Target.

Even when a patient is lying perfectly still, there are dynamic processes happening inside the body. The heart is beating and the lungs are breathing, which can cause a cancerous tumour to move from 0.2mm to 7mm.

In standard radiotherapy, the radiation beam is set to a large aperture size that allows for possible tumour movement, in an attempt to ensure the cancer target receives full coverage with radiation.

What this means for the patient is that their healthy tissue receives a radiation dose, increasing radiation side effects (toxicity). In a worst-case scenario, parts of the tumour move outside of the treatment beam and don’t receive the planned dose. 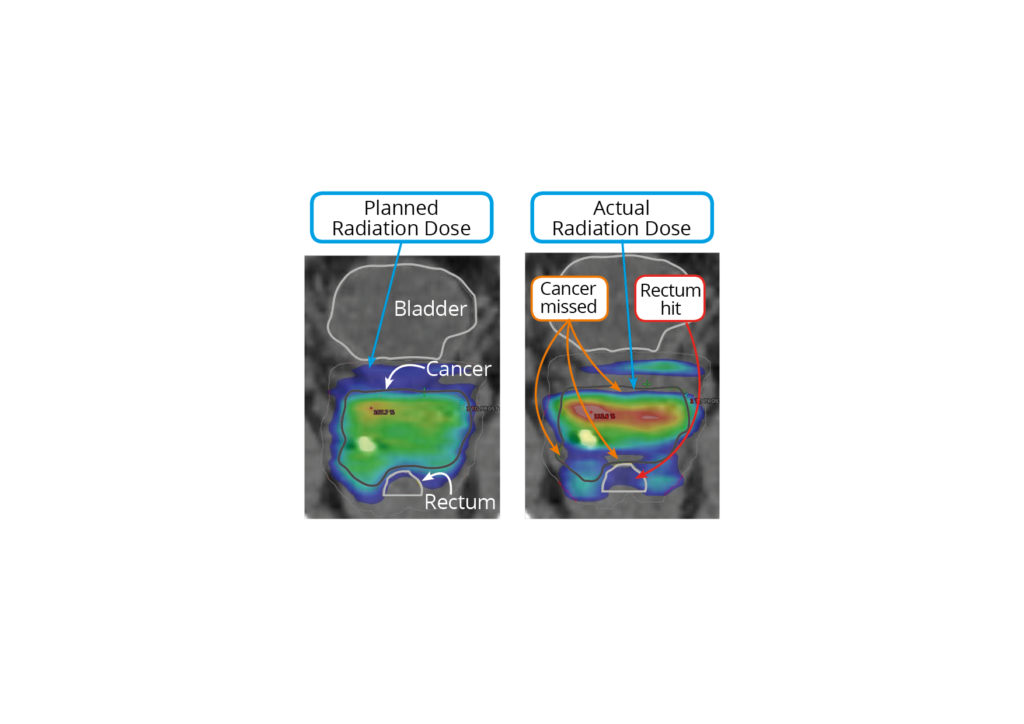 The first clinical trial was launched in 2011 at Royal North Shore Hospital for patients with prostate cancer, with 28 patients successfully treated. In 2014, a first-in-world treatment of lung cancer patients was completed. 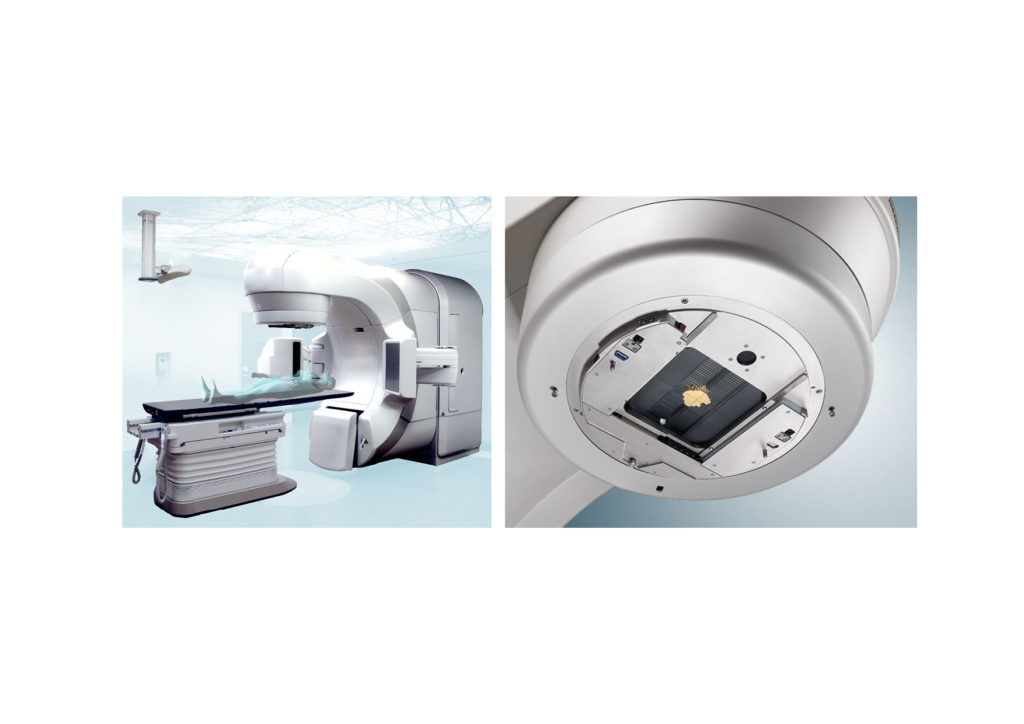 How does Beam Adaptation work?

Beam Adaptation is a system that changes the shape and position of the radiation beam in real-time, to follow the movement of the tumour.

Beam adaptation uses the real-time information from the radiation therapy system’s existing on-board imaging equipment, and uses this to adapt the shape and position of the radiation beam. 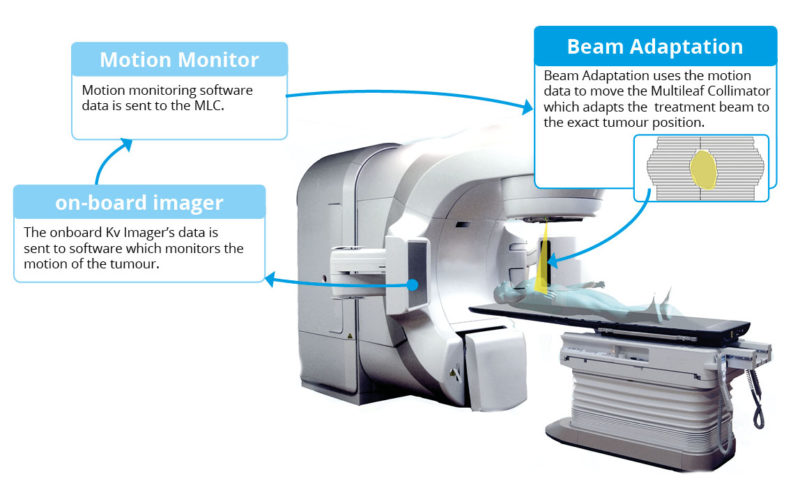 We are the first and the only site in the world treating patients with Beam Adaptation. There is currently an ongoing clinical trial at Royal North Shore Hospital, “LIGHT-SABR” which will treat 20 patients.

Currently some high-end radiotherapy systems are capable of adapting the beam to the tumour, but there are only a handful of these systems in the world. Radiotherapy systems are a considerable financial acquisition for a hospital, with high-end systems taking decades to be xxxx. There is no commercially available solution that can be installed in to existing systems.

While some high-end radiotherapy systems are now capable of adapting the beam to the tumour, they are inaccessible to most cancer treatment centres due to their high cost. To replace an entire radiotherapy system is an enormous financial investment, typically only considered when a system reaches its end of life and is decommissioned.

Our Beam Adaptation technology is the only solution designed to be compatible for installation on 95% of radiotherapy machines already in use today. This makes it an affordable and achievable way for cancer centres all over the world to offer cutting-edge treatment to cancer patients.

For more information or to discuss this project, contact: